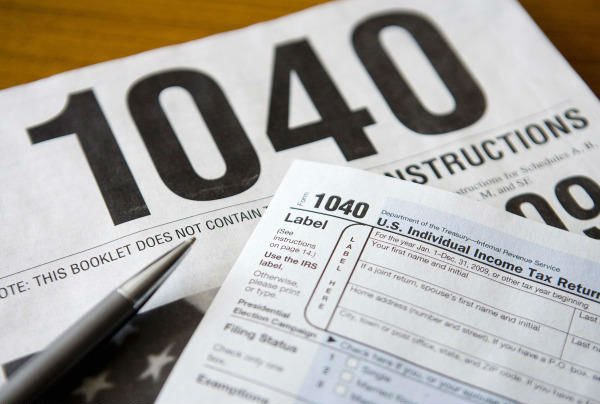 Residing and working in a foreign country is an exciting prospect for many people. Aspects which are not quite as exciting, however, are the tax obligations that US expats face as a result of earning foreign income. As if US expat taxes weren’t difficult enough, regulations and reporting requirements are updated annually – making it almost impossible to repeat last year’s filing process. Understanding US expat taxes is even more difficult for expatriates who have to file a US expat tax return for the first time.

This article is not intended to be a complete tax guide to US expat taxes, rather highlight some of the most important aspects of US expat tax returns.

The IRS understands that part of living and working in another country is the responsibility to pay into that country’s taxation system. As such, the Internal Revenue Service has devised standard exclusions and credits for US expats to avoid having to pay income taxes twice. While there are a number of exceptions, credits and exclusions outlined in various tax treaties, there are 2 major deductions allowed to US expats to avoid dual taxation. They are the FEIE (Foreign Earned Income Exclusion) and the FTC (Foreign Tax Credit), and they are not issued automatically; there is a process for claiming such credits, and we will discuss them below.

The FEIE, or Foreign Earned Income Exclusion, is in place to allow US expat taxpayers to deduct as much as $92,900 of all foreign earned income from their total US taxable income. For many expats, this exclusion alone is a sufficient measure to completely obliterate their tax liability to the US. The fact is, though, that not all first year expats will qualify for the exclusion. In order to qualify for the FEIE, an expat must meet 1 of 2 tests established by the IRS: The Bona Fide Residence Test or the Physical Presence Test. Qualifying expats are able to claim the FEIE by filling out Form 2555 and attaching it to their US expat tax return.

Applying the FTC, or Foreign Tax Credit, to your taxes can have a significant impact on your tax liability or your return amount. Before understanding the benefit of the Foreign Tax Credit it’s important to understand that many overseas countries have a higher income tax rate than the United States. For this reason and to avoid double taxation, the IRS allows US expats to deduct the total amount paid in taxes to a foreign country (dollar for dollar) from their total taxable income to the US. To claim the Foreign Tax Credit, use Form 1116 with your US expat tax return.

All too many US expat taxpayers wind up paying too much or getting less back than they should from the IRS for having not been aware of these credits or how to claim them appropriately. If you are confused about how to fill out any of these forms or determining whether or not you qualify, be sure to get in touch with one of our US expat tax advisors for clarification.

Reimbursements for International Cost of Living

In addition to the FEIE and the FTC, there is another credit available to qualifying US expats which allow deductions to be made in order to offset the cost of relocating to and living in a foreign country. This credit is known as the Foreign Housing Credit. The Foreign Housing credit is not only claimed on the same form (Form 2555) as the FEIE, it also has the same qualification guidelines (meeting either the Bona Fide Residence Test or the Physical Presence Test). For most US expats, the Foreign Housing Credit will by simply calculated by multiplying the amount of their FEIE by 30% (0.3). There are other expats, however, who may be living and working in a foreign city with an exceptionally high cost of living such as London or Paris. Expats living in such parts of the world will calculate their total Foreign Housing Credit by multiplying their FEIE amount by a percentage set forth by the IRS for that specific region. If you live in a city you believe has an elevated cost of living and you are unsure of the rate by which you need to multiply, don’t hesitate to ask an expat tax professional and Taxes for Expats.

Many expats are aware of the obligation to report large foreign payments such as sizable gifts, bonuses, commissions, etc; but many are unaware of the most advantageous way of claiming such payments. World currency fluctuates much like the Stock Market. Every country has an annual international exchange rate with daily fluctuations in value. When it comes to claiming large payments as income the IRS allows taxpayers to choose the method by which the exchange rate on the earnings is calculated. What that means is that you’re able to determine whether you want to calculate the USD equivalent of your foreign income on the day it was received or by the annual rate. Whichever rate is the lowest is the rate you want to claim on your US expat tax return. Depending on the day you received the payment in question, the difference could be anywhere from a couple hundred dollars to a thousand dollars or more, so make sure to take the time to conduct adequate research to determine the most advantageous exchange rate for taxation purposes.

Tips for the End of the Year

With all the tax breaks and consideration of losses available to international taxpayers, it’s advised to lend extensive consideration to some year-end tips to maximize your US expat tax return. Here are a few end of year considerations.

It’s not a big secret that capital gains taxes are assessed on investment earnings all over the world. Taxation on investment earnings, however, can be offset by claiming losses including bad trades, cost of trades and other executions, and any other cost associated with investing. It is important for taxpayers to search their investment records thoroughly to identify all losses incurred throughout the year.

If you are planning on making any donations to an IRS approved charity organization it is imperative that you make the donation before the end of the tax year. If you won’t be able to pay the donation amount until the following year you may pay with a credit card. Even though you will not be able to pay off the credit card bill until the following year you will still have made a qualifying donation in time to claim it on the current year’s tax return.

It is important to keep in mind that the Foreign Bank Account Report (FBAR) filing threshold of $10K includes all foreign bank accounts. Make sure to review the balances of all your accounts for the entire year to determine whether or not you are required to report their activity. Failure to meet FBAR reporting requirements can lead to significant penalties in the future.

There are a great number of tax preparation services who know how confusing US expat taxes are and take advantage of their difficulty by overcharging expats for assistance. Make sure to have a complete understanding of how much you will pay for professional tax preparation before you agree to contract services. Understand that there are potentially dozens of forms that may have to be filed, so getting involved with a preparer interested in charging you for each form may be a dangerous gamble. You are much better off settling with a tax professional who will offer you a flat US expat tax preparation fee.

Below we include information on the Dominican Tax System for the American Expatriates.

Dominican Republic tax rates for individuals are progressive up to 25%.

Residence – An individual is considered a resident if he/she remains in the country for more than 182 days in a fiscal year, whether or not continuous. Foreign individuals who become resident are subject to tax on their foreign-source income as of the third taxable year or period in which they become resident. For tax purposes, partnerships are treated as separate taxable persons from their members.

Taxable income – The Dominican Republic applies a broad concept of income, which is defined as all income constituting earnings or profits resulting from goods or activities, all benefits and earnings accrued or collected, and capital gains, whatever their nature, origin or description. For resident taxpayers, business income includes foreign-source investment income.

Capital gains – Capital gains derived from the disposal of capital assets, whether the sale is of an occasional nature or otherwise, must be included in the gross income of resident individuals and is taxed at progressive rates. Disposals include all inter vivos transfers of assets, regardless of whether the transfer is made for consideration.

Deductions and allowances – Resident individuals who carry out activities other than employment activities may deduct all expenses incurred that are necessary to obtain, maintain and preserve the taxable income or its source.

Other taxes on individuals:

Capital duty – A 1% levy applies on the total amount of capital and capital increases.

Stamp duty – Stamp duty is levied on most written contracts; the registration and renewal of trademarks; documents evidencing loans, debts, shares and guarantees; and all documents prepared or registered by notaries and registrars. The rates vary depending on the taxable event.

Real property tax – Real estate tax is levied on residential and commercial property valued at more than DOP 5 million, at a rate of 1% on the value exceeding DOP 5 million.

Inheritance/estate tax – Inheritance and gift tax is levied on personal and real property that forms part of the gross estate of a deceased person, a gift of property located in the Dominican Republic and foreign situs personal property of a deceased person who had Dominican nationality or whose last domicile was in the country. The tax rate is a flat tax rate of 3% of the amount of the inherited estate. Gifts are subject to a flat rate of 25%. Exemptions apply.

Net wealth/net worth tax – The net worth tax is payable by individuals and companies carrying on a trade or business. The tax is levied at a rate of 1% of the taxpayer's average total net worth, wherever located, including the net value of real estate, without taking into account inflation adjustments.

Exemptions apply to shares held in other companies, real estate located in rural areas and amounts paid as advance tax payments. The net worth tax is reported and filed in the same period as that which applies for income tax purposes. The tax is payable in 2 instalments: the first instalment matches the income tax due date and the second instalment is due 6 months after that date.

Contributions are calculated on the basis of each employee's earnings (i.e. the daily salary increased by any additional payment in cash or in kind, although certain deductions apply). Contributions are deductible for calculating the employee income tax due. The employee rates for 2009 are 3.04% for family health insurance, 2.87% for the pension fund and 0.5% for technical and vocational training.

Tax Filing and payment – The tax return must be filed by 31 March of the year following the taxable year.

Tax Penalties – Penalties and interest apply for late filing or failure to file.